How to model recipes in ValueFlows

A starter or suggested model, with some questions:

(Some of those names have been changed, so I'll use the new names in the text and change the diagram later.)

So the basic node in a recipe is a ProcessClassification. 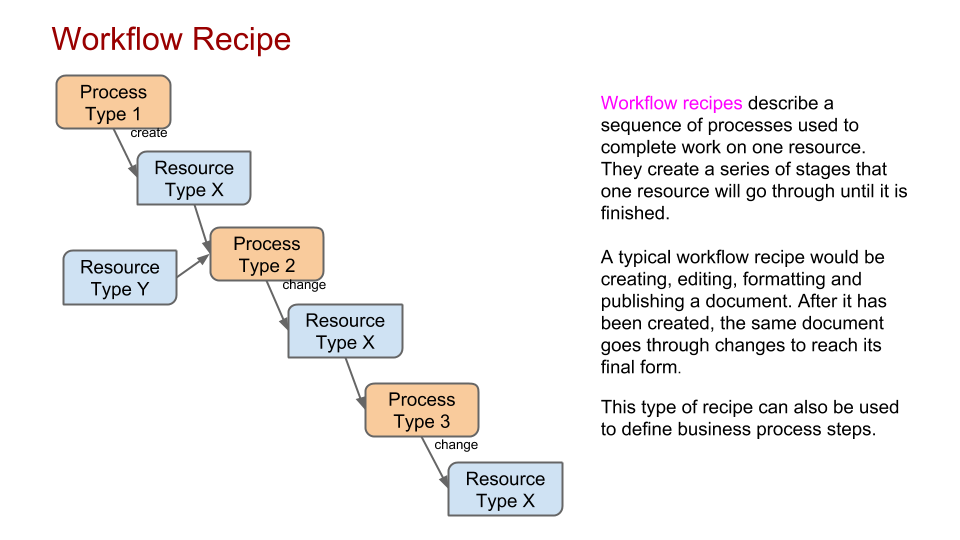 This type of recipe in NRP was originally designed for translations, as in this example: 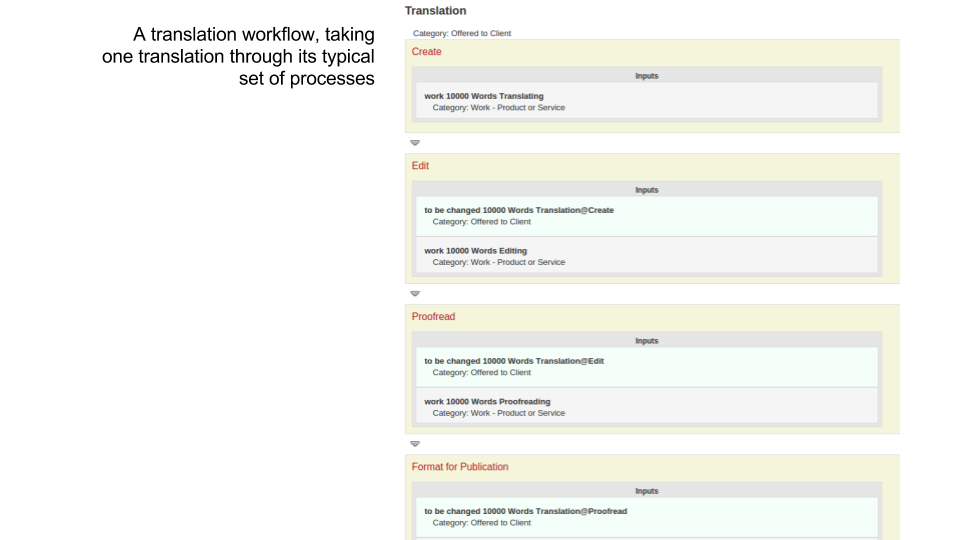 They have subsequently used a lot by Sensorica for organizational processes.